Pastor James S. Barleston, Jr. was born in Danville, KY to James and Terrie Barleston, Sr. on April 19, 1977. From a young child, it was evident that God had divinely laid his hands upon Pastor Barleston to do great things within the body of Jesus Christ.  He received the Lord at the age of eight years old and was baptized under the auspices of the late Pastor Willie Stewart who at time was the Sr. Pastor of Pastor Barleston’s childhood church home, Boneyville Missionary Baptist Church in Stanford, KY.  After Pastor Barleston’s father became a Senior Pastor, he became a member of the Maple Street First Baptist Church, Somerset, KY where he served as the church musician under the leadership of his father. Pastor, James S. Barleston, Sr. still serves as Senior Pastor of the Maple Street First Baptist Church.

In December of 2006, at the age of 29 years old, Pastor Barleston preached his initial sermon under the auspices of Pastor Ronald Covington, Sr., of Friendship Missionary Baptist Church, Indianapolis, IN. To a large crowd of family, friends and church family Pastor Barleston stood boldly and preached the sermon titled, “Don’t Move Until God Moves”, Psalms 27:14. At the conclusion of this life changing experience, Pastor Covington conferred upon Pastor Barleston his ministerial license to preach the gospel. Pastor Barleston constantly found himself busy in the house of the Lord serving as Minister of Music for 10 years, Choir Director, Worship Leader, Preacher, Sunday School Teacher and worked in various other ministries as opportunities presented themselves.

Under his leadership and with the aid of the Holy Spirit, Second Missionary Baptist grew expeditiously not only in numbers, but also financially, and most importantly spiritually. In less than two years, the church was able to add a brand new Hammond B3 Organ, a state of the art sound system with speakers for the entire sanctuary, a brand new choir which consisted several of Indiana State College students, and the congregation quickly grew from 45 to just under 200 with the majority being new converts in which Pastor Barleston had the privilege to personally baptize.

While serving at the Friendship Missionary Baptist Church, Pastor Barleston met the love of his life the former Barbara L. Moothery.  In 2005, they were united in holy matrimony and together have a beautiful family that consist of four beautiful daughters and two handsome sons.

Outside of the church, Pastor Barleston attended Kentucky State University in 1995 where he majored in music.  During this time, his vocal talent and musical inclination allowed him to perform in various cities, theaters and other places including Carnegie Hall.  In 2000, he graduated from the Cincinnati College of Mortuary Science where he majored in mortuary science with an emphasis on embalming/reconstructive art.  He went on to work for one of the largest funeral homes in the Midwest.  After moving to Indianapolis, IN he graduated from the Indianapolis Metropolitan Police Department in 2006 and currently serves the city of Indianapolis as a law enforcement officer.

After demonstrating exceptional community policing traits on the urban streets of Indianapolis, he was promoted to a District Detective in late 2009 in one of the highest crime areas within the metro city area.  Pastor Barleston is also a member of the Fraternal Order of Police (FOP) Chapter #86 and has previously served as Senior Chaplain of FILE, (Fairness In Law Enforcement.)

Pastor Barleston has a love for God, his family and certainly God’s people.  He is extremely excited for what God has done and will continue to do. His theme principle is, the grass may wither, the flower may fade, but the Word of God shall stand forever. 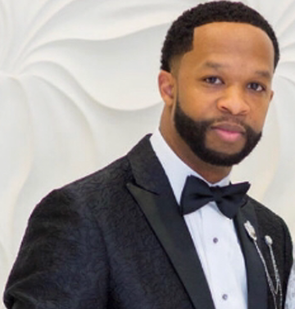 Pastor and Lady Barbara and the Barleston Family 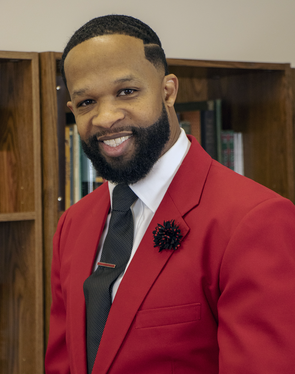 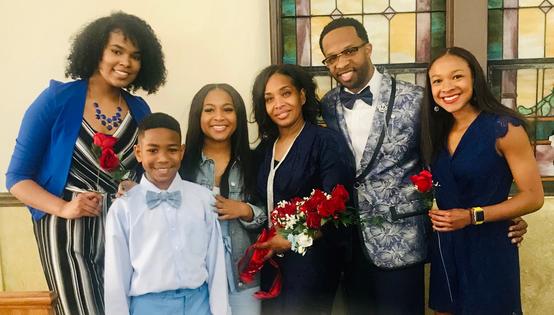